Health Care Reform cost is still quite the topic of the day.  I read an article in the Contra Costa Times this last Sunday by Tom Barnidge titled “A Dose of reality on health Care“.  The article quoted a fellow insurance broker, Colleen Callahan, who was quite surprised when she read a commentary from Rep. George Miller, D-Martinez, who touted how great the federal Health Care Reform bill is that he supported.

NOTHING IN LIFE IS FREE

Colleen Callahan goes on to talk about the cost of the additions of the “free preventive care” that are included in the bill.  Colleen has stated in her interview the same things I’ve been thinking.  The free preventive care is “free” for the covered members but the person who foots the bill will be picking up the cost.

Employers who provide health care to their employees will eventually see increases in their premiums to pay for all the additions to the plan.  I think we should have preventive care at zero cost quite frankly to encourage people to get to the doctor and be more cognizant of their health.  But the truth is, it is not a zero cost addition to the plan.  None of the changes are zero cost when it comes to Health Care Reform.

WHY SHOULD I PAY ANYTHING?

I played golf with a friend on mine this last weekend who told me about a procedure she had recently.  It wasn’t preventive care and she ended up having to pay for part of the procedure.  She thought it was wrong that she had to fork over a couple hundred dollars and that health care should be free.

Unless doctors and nurses and lab techs and housekeepers in a hospital volunteer their services, health care is not free.  We have to pay the doctors and hospital employees for taking care of us.  The hospitals and doctor offices have to have equipment, and we don’t want them using last years models.  We want the latest technology for what ails us and guess what, SOMEONE has to pay for it.

Even if we were to switch to a government-run national kind of plan, we still have to pay for it.  When Michael Moore, in the movie SICKO says everything is free, he’s not telling the whole story.

Wow, I’m glad I got that off my chest.  I still support many aspects of Health Care Reform.  I think many items were and are necessary.  There are things to come that will continue to improve access to health insurance.  In 2014, pre-existing conditions will go away completely.  But there’s still the other issue out there about requiring everyone to have health insurance that many people don’t believe in.

I hate it when I’m told what to do.  I’m queen of that for sure.  Just ask my sister or my dad.  But from an economic standpoint, everyone has to have it or insurance will be even more un-affordable.  If you buy an insurance policy a week before your due date for having a baby, have the baby and then cancel the plan, the insurance company will only have bad risk.  If an insurance company only has bad risk, the rates will sky-rocket (and you thought they were high now!)

This has happened in states like New York, and because of that, the rates are completely unaffordable and the population is left with little choice because insurance carriers pulled out of that market.

SO WHAT’S THIS GOT TO DO WITH THAT?

Colleen also stated in her interview “There is nothing in the Health Care Reform bill to control costs.”  And she is dead on about that.  That’s exactly why I keep writing articles about controlling your costs by taking better care of yourself.  I know some of you don’t want to hear it, but maybe if you are going to have that ice cream, at least walk to the ice cream store. 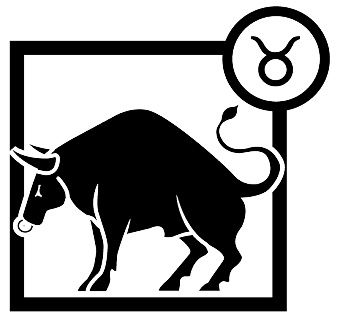