Health Care Reform has finally made at least one insurance carrier stand up and say “We Do Care”. At least that’s the way I see it and all we need is just one insurance company to step up to the plate.  Once one carrier takes a stand maybe others will follow. 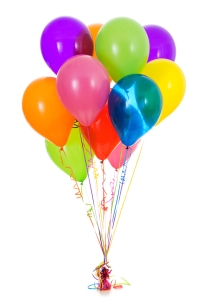 Thank you Blue Shield of California!

Blue Shield of California recently announced if their net earnings are more than 2%, they will return the difference to its customers and the community.  No this isn’t a joke.  Blue Shield of California is a non-profit organization and normally reinvests earnings.  Now they have made a public pledge that they will return premiums over this thresh hold.

Now picture the little man in the pink section leaping out of his chair and clapping.  Yes it’s about time one of the insurance carriers steps up and says “it’s really not about the profits”.  I’m guessing Health Care Reform is influencing this decision.

HELLO IS ANYONE LISTENING?

Before I started my business back in the stone age of 2000, I was working for an insurance carrier as a sales rep.  I remember trying to get something covered for a member and the response was that the shareholders come first.  What’s wrong with that picture?  This is where the horror stories come from.  Don’t they know that?

But before I go off on a tangent of what should and shouldn’t be, let me tell you what this means.

HOW WILL I KNOW?

Here’s a list of the carriers in Northern California and whether they are for profit or non-profit.

So let’s see what happens.  Maybe Blue Shield of California will put a little pressure on the other insurance carriers and we will see this theme repeat!

Tell me if you think other carriers will follow suit.

3 Comments on “Health Care Reform – Insurers are seeing the light”